I’m not going to regularly use my blog for Cursor updates (then again, I should use this blog for something, sorry I’m so Twitter and Delicious-focused right now…my communication is all links, no prose…) but I felt the announcement of Red Lemonade’s Spring list was worthy of inclusion. Herewith!

On the eve of the Frankfurt Book Fair and on the day of Tools of Change Frankfurt, Cursor’s founder and CEO, Richard Nash, is pleased to announce the line-up of books for Red Lemonade, their first publishing imprint.

They will be available in the book trade in trade paperback, as digital downloads in all formats and channels, and as a limited edition artisanal object direct from the publisher.

Tillman’s backlist novels Haunted Houses, Motion Sickness, Cast in Doubt, and 1998 NBCC finalist No Lease on Life, will also be put back in print.

“While Cursor’s aim is nothing less than the reinvention of the publishing business model,” said Nash, “all publishing begins with the writer, in our case three writers, all women, one an internationally-celebrated novelist, the other two thrilling debuts by writers with long careers ahead of them. They are powerful representatives of the kind of writing Red Lemonade will foster, house, and promote.”

Red Lemonade holds translation rights for all the titles — French rights to Zazen have already been licensed to Zanzibar Editions. Erin Edmison will be representing these titles at the coming Fair.

All three writers will enjoy the benefits of the provocative new set of terms Cursor is offering — three year licenses, instead of life-of-the-copyright.

Descriptions of the books, their authors, and the Cursor enterprise follow”¦

Someday This Will Be Funny Lynne Tillman (April 2011)

The stories in Some Day This Will Be Funny marry memory to moment in a union of narrative form as immaculate and imperfect as the characters damned to act them out on page. Lynne Tillman, author of American Genius, presides over the ceremony; Clarence Thomas, Marvin Gaye, and Madame Realism mingle at the reception. Narrators — by turn infamous and nameless — shift within their own skin, struggling to unknot reminiscence from reality while scenes rush into warm focus, then cool, twist, and snap in the breeze of shifting thought. Epistle, quotation, and haiku bounce between lyrical passages of lucid beauty, echoing the scattered, cycling arpeggio of Tillman’s preferred subject: the unsettled mind. Collectively, these stories own a conscience shaped by oaths made and broken; by the skeleton silence and secrets of family; by love’s shifting chartreuse. They traffic in the quiet images of personal history, each one a flickering sacrament in danger of being swallowed up by the lust and desperation of their possessor: a fistful of parking tickets shoved in the glove compartment, a little black book hidden from a wife in a safe-deposit box, a planter stuffed with flowers to keep out the cooing mourning doves. They are stories fashioned with candor and animated by fits of wordplay and invention — stories that affirm Tillman’s unshakable talent for wedding the patterns and rituals of thought with the blushing immediacy of existence, defying genre and defining experimental short fiction.

“Lynne Tillman has always been a hero of mine — not because I ‘admire’ her writing, (although I do, very, very much), but because I feel it. Imagine driving alone at night. You turn on the radio and hear a song that seems to say it all. That’s how I feel.” — Jonathan Safran Foer

Lynne Tillman is the author of five novels, two collections of short stories, one collection of essays and two nonfiction books. She has collaborated often with artists and writes regularly on culture. Her novels include American Genius, A Comedy (2006), No Lease on Life (1997) which was a New York Times Notable Book of 1998 and a finalist for the National Book Critics Circle Award, Cast in Doubt (1992), Motion Sickness (1991), and Haunted Houses (1985). Absence Makes the Heart (1990) and The Broad Picture (1997) are both collections of Tillman’s essays that were published in literary and art periodicals. She is the Fiction Editor at Fence Magazine, Associate Professor and Writer-in-Residence in the Department of English at the University at Albany, and a recent recipient of a Guggenheim fellowship. 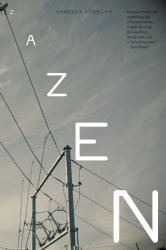 Somewhere in Della’s consumptive, industrial wasteland of a city, a bomb goes off. It is not the first, and will not be the last. Reactions to the attacks are polarized. Police activity intensifies. Della’s revolutionary parents welcome the upheaval but are trapped within their own insular beliefs. Her activist restaurant co-workers, who would rather change their identities than the problematic world around them, resume a shallow rebellion of hair-dye, sex parties, and self-absorption. Not Della. In search of clarity, and unburdened by ideological posturing, Della calls in bomb threats to various locations throughout her city. She relishes the panic and confusion incited by her fabrications. But when real explosions suddenly strike her imagined targets, Della is lured into a catastrophic plot from which there may be no return. At once authentic and hallucinatory, fearless and uproariously funny, Zazen portrays a world that might be considered dystopic speculation if it didn’t so sharply mirror our own.

Vanessa Veselka is something like a literary comet: bright-burning, far-reaching, rarely seen, and a little dangerous. — Tom Bissell

Vanessa Veselka has been, at various times, a teenage runaway, a sex-worker, a union organizer, a student of paleontology, an expatriate, an independent record label owner, a train-hopper, a waitress, and a mother. Her work has appeared in Tin House, Yeti, Bust, Bitch, Maximum Rock ‘n’ Roll, and elsewhere. 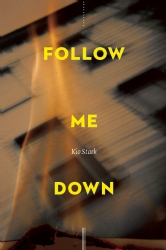 It begins with an envelope. Twenty years old, maybe more, with the dust of the dead-letter office still clinging to the stained, fraying paper. It arrives in the mailbox of Lucy — a proofreader and sometimes-photographer haunted by the face of a brother she left behind — with the address of a vacant neighborhood lot barely legible on the front. Inside she finds only a photograph of a man she does not recognize, but whose face captivates her instantly. She hunts for him, feeling for blind answers in the boroughs of her soul and city. The details of her world — of a neighborhood decaying and maimed in daylight, yet pulsing with some hidden life in dark; the shaded, shifting menace of shadow on the night sidewalk — blur together through the fogged lens of her plastic camera, and the casual banter of summer afternoons evaporates into the hiss of something missing, something lost and formless that she must return.

Kio Stark writes about relational technology and teaches at NYU’s Interactive Telecommunications Program, a graduate program for geeks, hackers, and artists. She has written about feminism, NYC night court, the history of documentary, graphic novels, failure and her favorite saints for The Nation, Killing the Buddha, Feed, Lime Tea and other publications and wrote the introduction to Least Wanted: A Century of American Mugshots, a collection of vernacular police photography. She spent a racetrack season in Miami interviewing old thugs for her doctoral work in American Studies at Yale. She talks to strangers and lives in Brooklyn with her partner, inventor Bre Pettis.